On December 21, 1988 Pan American Flight 103 flying from London to New York was the target of a terrorist attack. The aircraft was loaded with an explosive device and detonated less than 40 minutes into the flight over the town of Lockerbie, Scotland. In total 270 people were killed in this attack- 243 passengers, 16 crew members, and 11 bystanders on the ground. Two of the passengers aboard Pan Am Flight 103 were SUNY Oswego students Colleen Brunner and Lynne Hartunian, both traveling together after completing a semester abroad in London.

This guide has been put together for the SUNY Oswego community to remember Colleen and Lynne, learn about Pan Am Flight 103, and provide an introduction to materials located in the Colleen Brunner, Lynne Hartunian Collection (51/1/242) in Archives and Special Collections at Penfield Library.

Information for this guide was mainly compiled from the following sources: 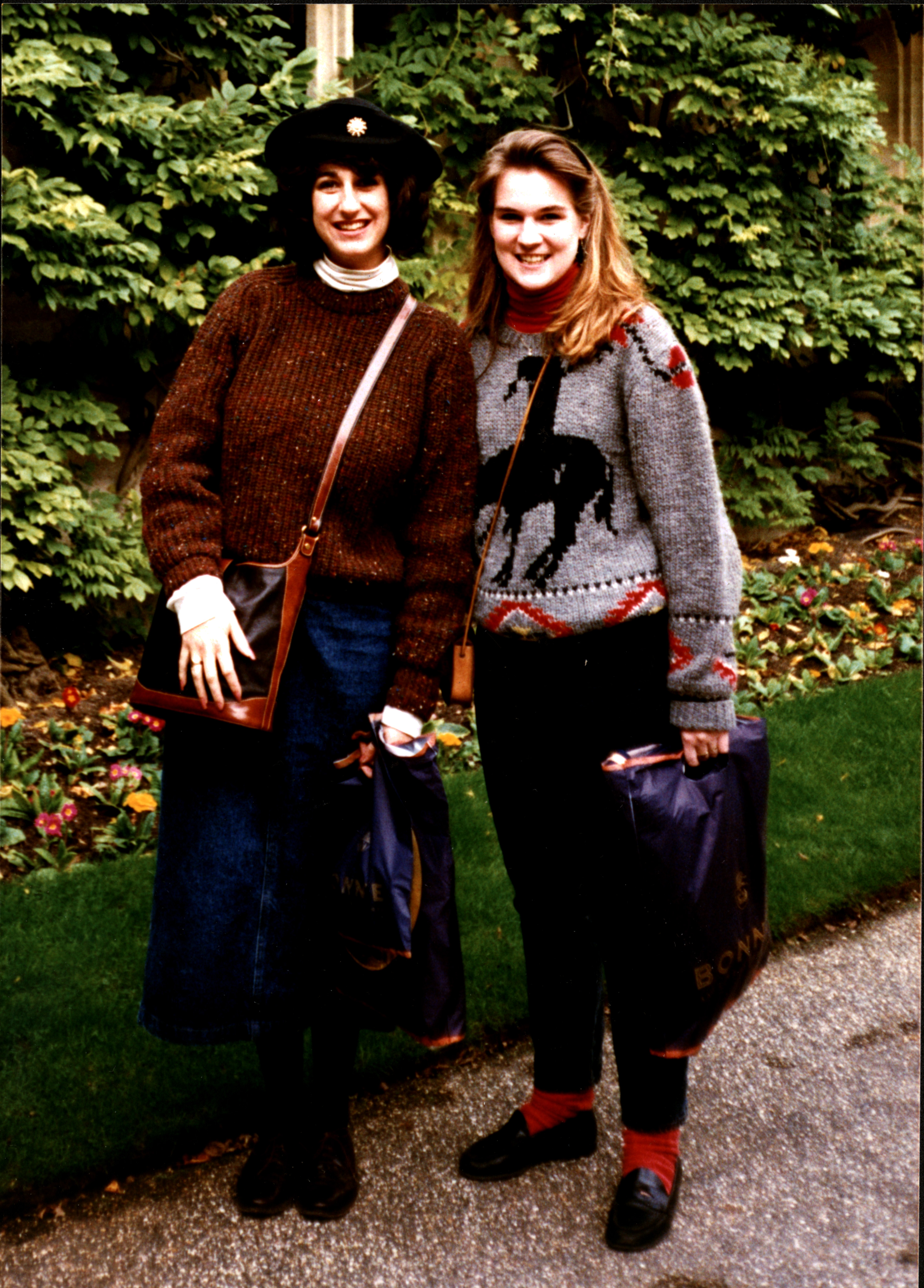 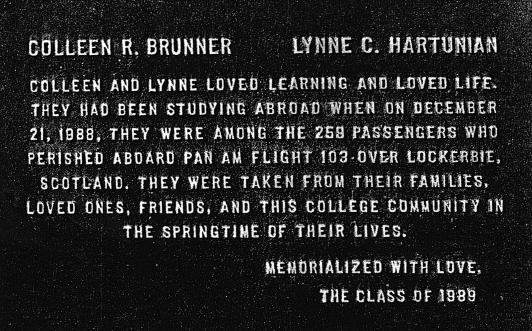 Memorial Plaque From Class of 1989 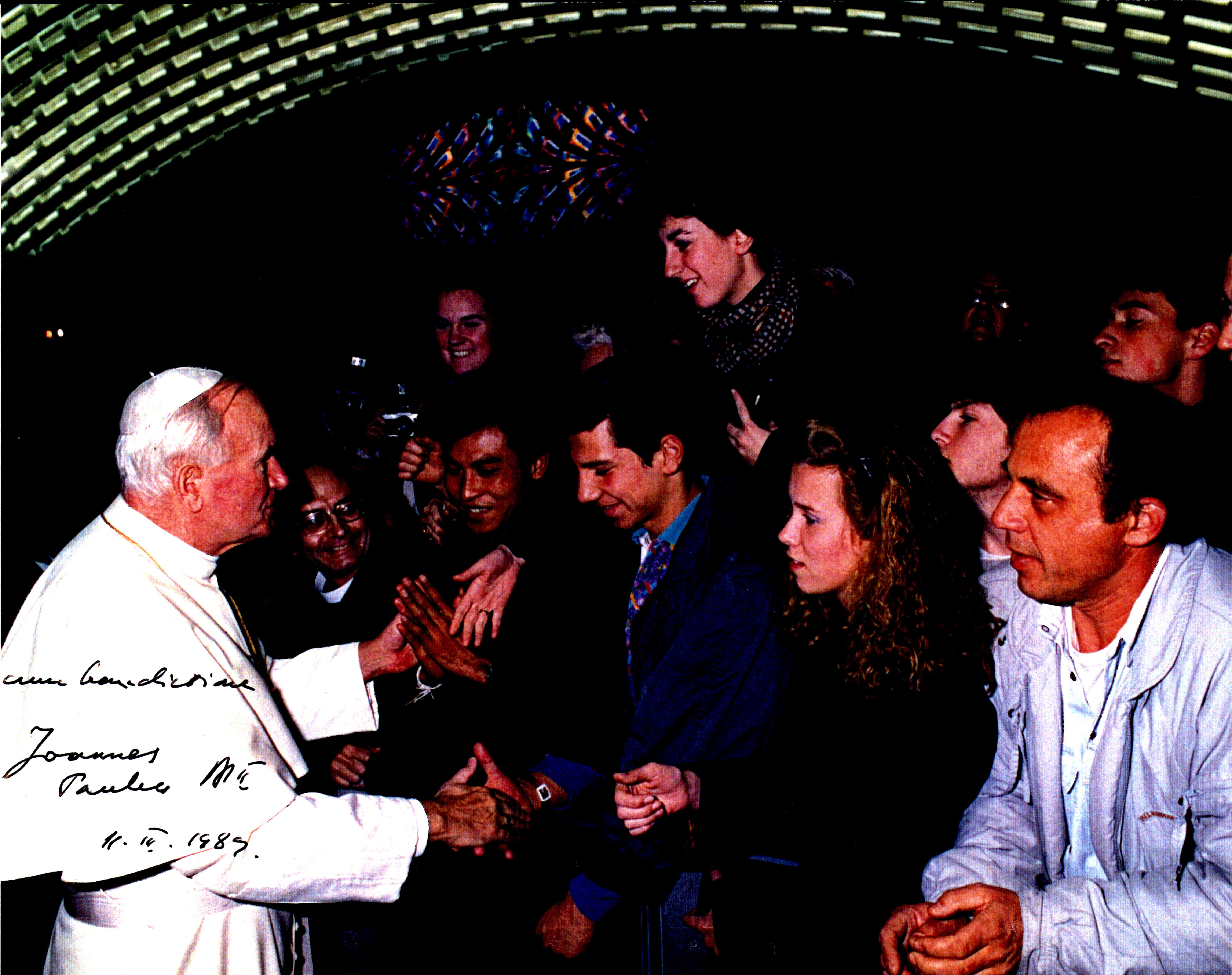 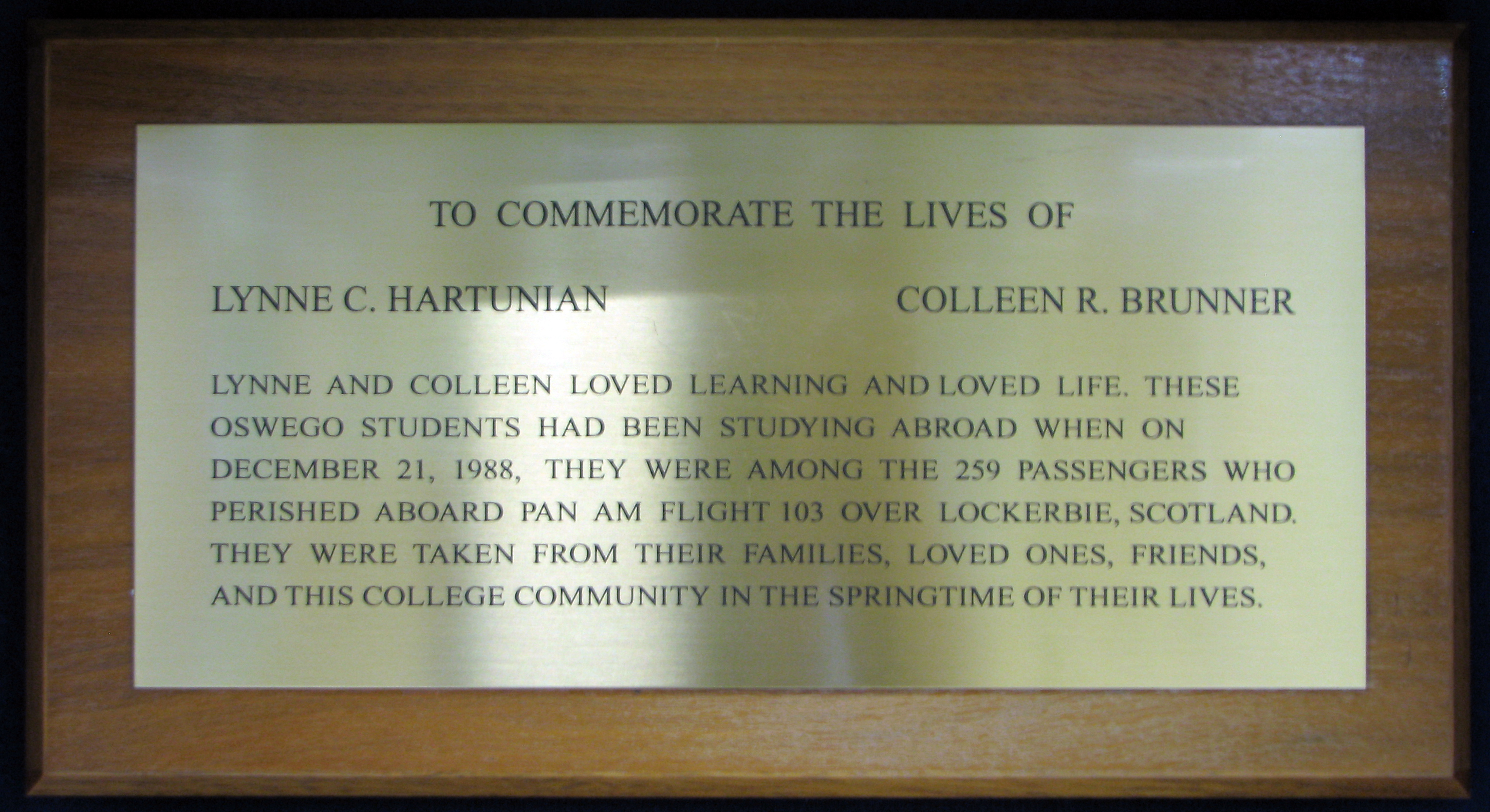 Dedication Statement plaque in the Commemoration space at Penfield Library 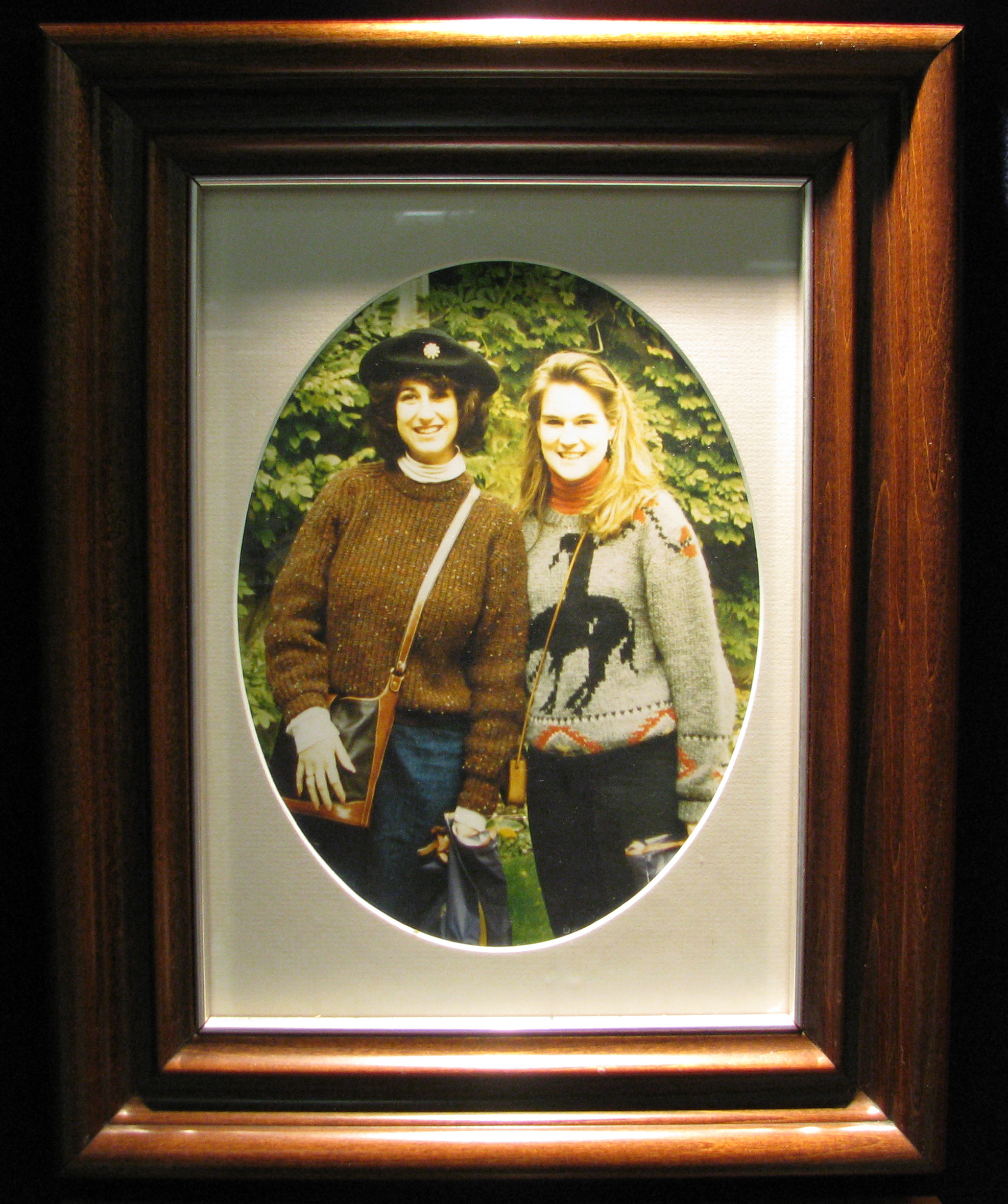 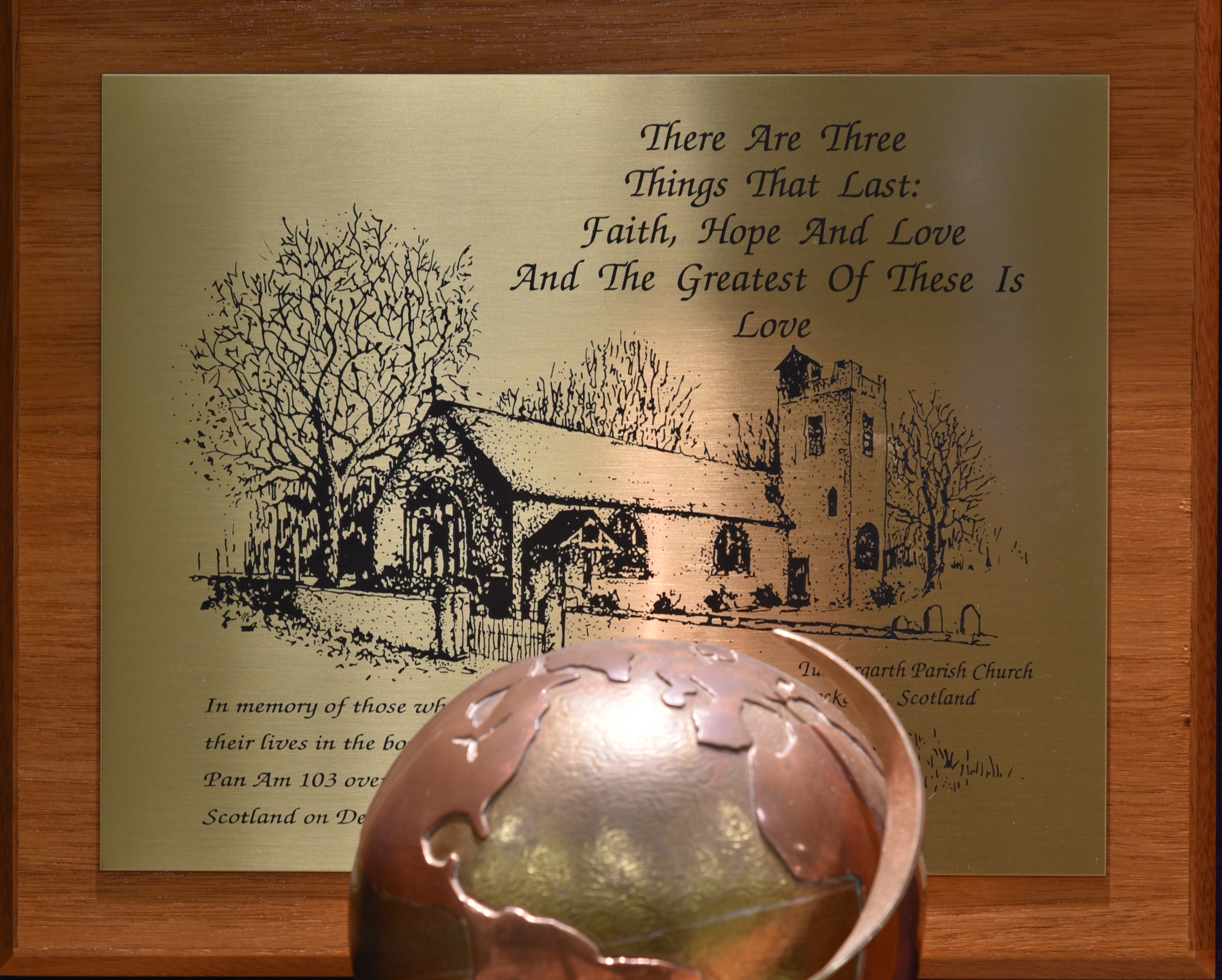 Plaque with a representation of the chapel in Lockerbie, Scotland in Commemoration space at Penfield Library 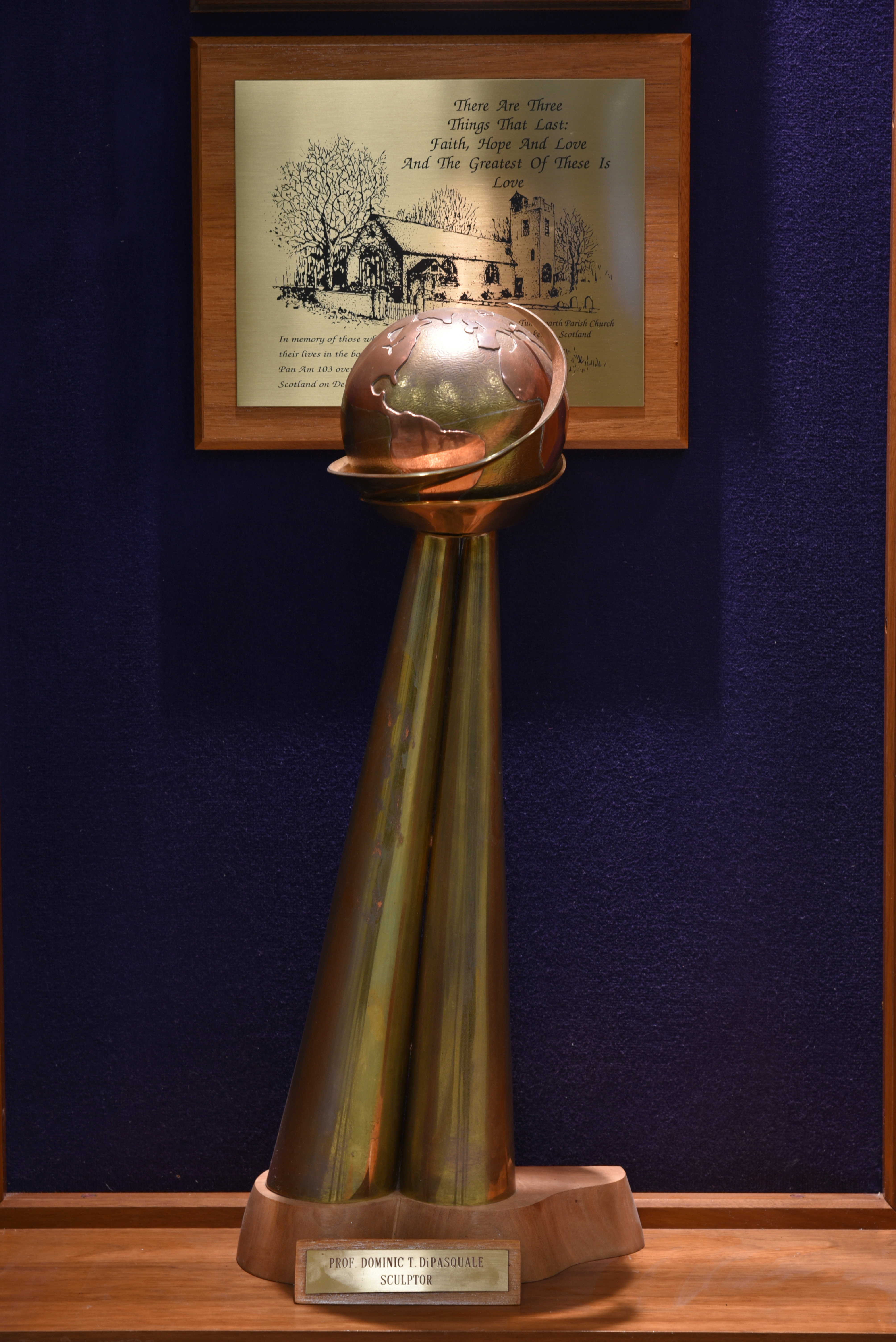